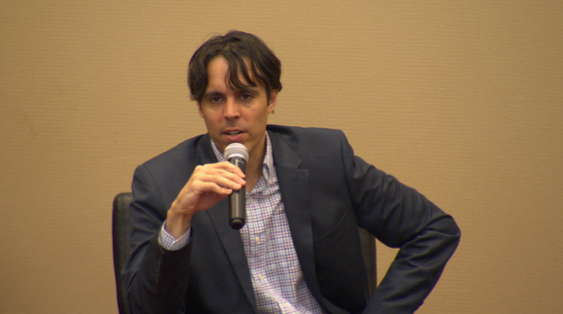 Posted at 10:28h in Interviews by wp_admin 0 Comments
0 Likes

On Sunday, May 21, 2017, the Asia Minor and Pontos Hellenic Research Center (AMPHRC) and National Hellenic Museum (NHM) welcomed Professor Hannibal Travis for a discussion on genocide in the Middle East throughout history,starting with the destruction of Christian

communities by incursions from Turco-Mongolic tribes already during the period of the Byzantine Empire.

Professor Hannibal Travisâ€™ talk began by walking through specific cases of genocide of the Christians of the Middle East (Armenians, Assyrians, and Greeks). He showed that there was a continuous process of destruction of these communities for a protracted period of time going back to late byzantine time. Methods of destruction included ideological and cultural warfare, for instance, destructions of buildings and churches, forced islamizations on a massive scale; relegating Christians to second class citizen status; demographic engineering and relocations of the local Christians; massacres and deaths by deportation; slavery, as is the classes with the jannisaries which were slave troupes made up of conscripted young Christian boys forcibly taken by the homes. This

protracted process of annihilation, Prof. Travis argued, must be understood as the first stage of genocide, and intensified in the late Ottoman period (18-19 century) leading to the final stage of genocide that took place in the early 20 th century. 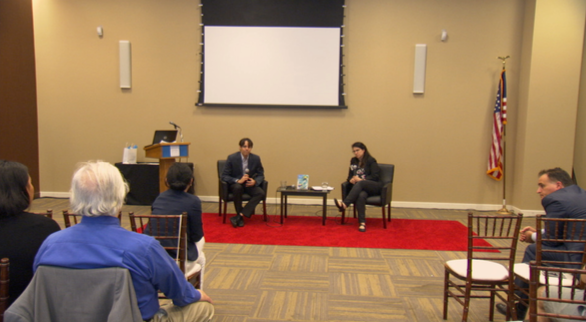 Prof. Travis discussed the extermination of Greeks, Armenians, and Assyrians by the Ottoman Turks in the context of Raphal Lemkinâ€™s definition of genocide on a par with the genocide of European Jews by the Nazi regimes during the Holocaust. Prof. Travis also offered evidence showing that the Ottoman authorities were assisted in their extermination of Christians by the German Gen. Liman von Sanders, who was later to be tried about his role in the genocide. Prof. Travis also brought into attention more recent cases such as the genocide in Bosnia and Herzegovina, and genocide in Iraq and Sudan. He demonstrated how forced deportations and migrations resulting from ethnic persecution constitute a genocidal act, often bringing about large-scale premature deaths from hunger, disease, homelessness, and exposure. Professor Travis discussed the international communityâ€™s response to the Ottoman Christian genocides of the Greeks, Assyrians and Armenians and established evidence on how the targeted persecution and forced relocation of these Christian communities constituted genocide under Article II of the Genocide Convention.

Showing great interest in the historical perspective of the cases explored in the talk, audience members were engaged in the Q&A. A fruitful conversation emerged in discussion of current events in the Middle East and whether or not these events constitute genocide, as well as general actions that the international community can take to combat such tragedies and crimes against humanity.

Hannibal Travis is a professor of law at Florida International University College of Law. Heteaches and conducts research in the fields of human rights, intellectual property, international and comparative law, and cyber law.

He is the author of Genocide in the Middle East: The Ottoman Empire, Iraq, and Sudan, The Assyrian Genocide: Cultural and Political Legacies and ‘‘On the Original Understanding of the Crime of Genocide,’’.