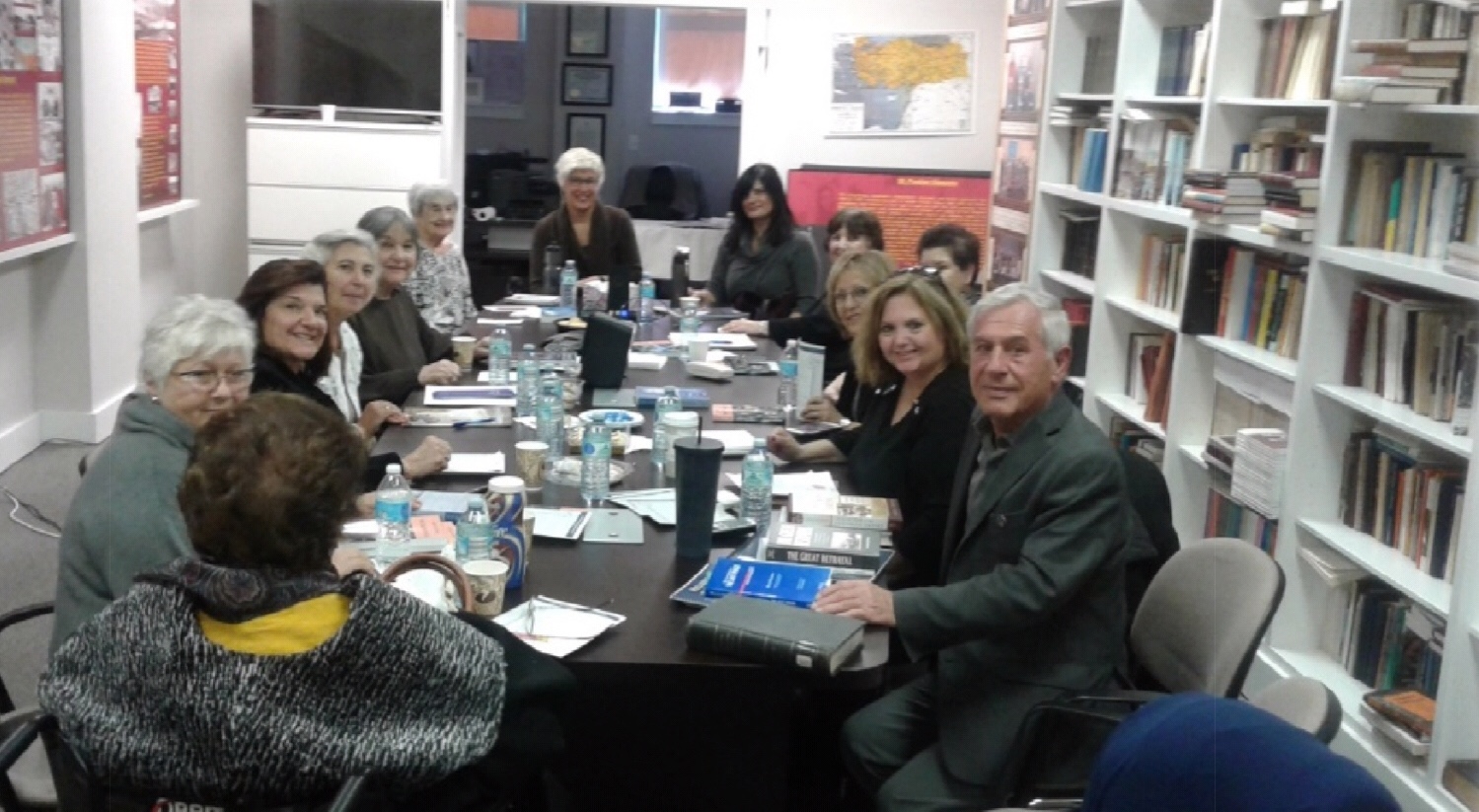 Posted at 20:11h in Center's activities by wp_admin 0 Comments
0 Likes 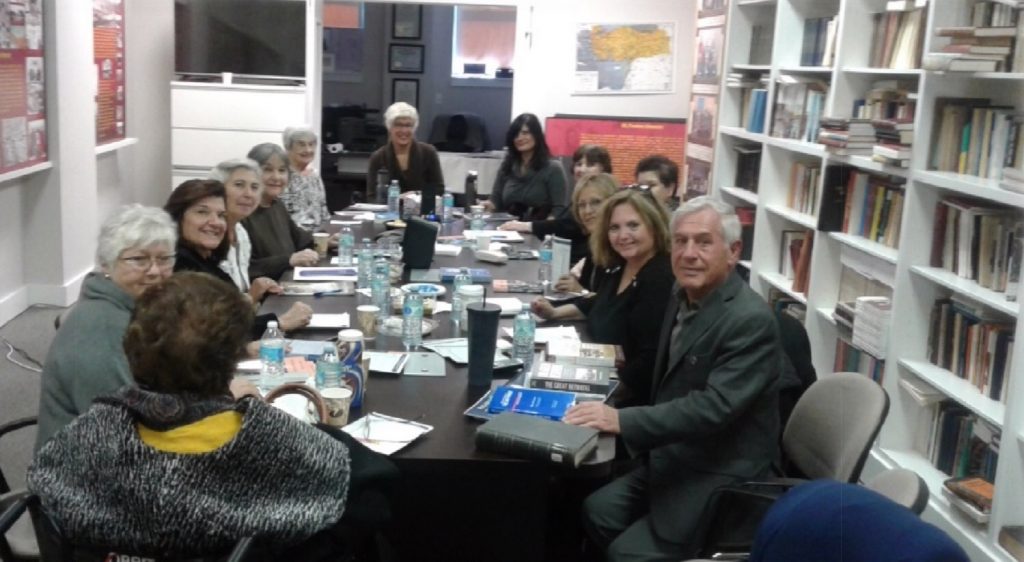 Members of the Hellenic American Women’s Council (HANC) with George director Anna Kanellos Mavropoulos and Anastasia Spiridis at the organization’s meeting on October 13, 2018.

Members of the Hellenic American Women’s Council (HAWC)held a meeting at the AMPHRC on Saturday, October 13, 2018 to learn more about the history of Hellenism in Asia Minor and Pontos, including the Great Catastrophe of 1913-1923, where more than two million Hellenes suffered under the oppressive regime of the Ottoman Turks.

A question and answer session followed the presentation. The livelyely discussion demonstrated the members’ interest and desire to know more about thishis forgotten tragedy in Hellenic history. Some of the participants shared their own family members’members stories and experiences.

HANC’s regional Moreno, remarked On behalf of the Center’s Board, Anastasia and that while the majority of members have some George expressed their appreciation to the knowledge of what happened during the tragic

events of the last century, many would like to learn more about the Great Catastrophe that forced the uprooting of Hellenes from their ancestral lands. AMPHRC Board members, Anastasia Skoupas -SpiridisSpiridis and George Mavropoulos presented the history of Hellenismnism in Asia Minor, Pontos and Eastern Thrace that included significant events from the beginning of the last century until the Great Fire of Smyrna in September 1922. They described the systematic annihilation of the Greeks in Anatolia and Eastern Thrace by massacrmassacres, death marches and executions by the Ottomans and the subsequent Nationalist Turkish government.

members of HAWCC for hosting their meetingmeet at the AMPHRC. This event was another opportunity for the AMPHRC to share their unique mission of preserving and promoting the Hellenic legacy in Asia Minor and Pontos. It was also an important educationalal experience for members of HAWC to gain a more in-depth understanding of the historical events and the Center’s vision and mission.