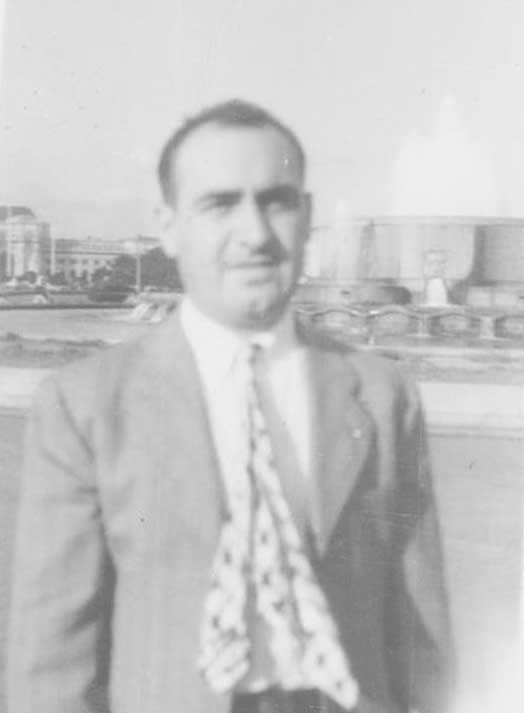 29 Nov A Celebration of Life

Posted at 16:33h in From our followers by wp_admin 0 Comments
0 Likes

A Celebration of Life : A Poem to honor my father and hero Kyrillos/Kyriako, “Mr. Charlie” Eleftheriou

THE BLACK BOOK OF THE SUFFERINGS OF THE GREEK PEOPLE IN TURKEY FROM THE ARMISTICE TO THE END OF 1920.  PUBLISHED BY THE ECUMENICAL PATRIARCH IN CONSTANTINOPLE IN 1920.

Kyrillos/Kyriako Eleftheriou was born around 1914, in the Village of Kavza, in the Pontian Mountains, located southwest of Samsun, along the southern border of the Black Sea. These mountains were mostly populated with Greeks before and during the period of WW I.
There are two references to the Village of Kavza (Havza) in “The Black Book”.  One in the middle of page 10 and amazingly, the second excerpt at the bottom of page 12 documents the murder of my grandfather and name-sake, John Eleftheriou.  The volume and nature of the tragedies are so heartbreaking it makes the Black Book hard to read.
A report from Kavza, dated February 10, 1919, stated: — The day before yesterday, Saturday, at about midnight the infamous Moulazim Memdouh Bey, with sufficient troops, surrounded Kiosroufi, a village which suffered a great deal and in which two weddings were taking place. They attacked the houses where the people were celebrating and proceeded with violations and plundering, and then with thrashing to death every single person. Memdouh Bey killed with his own hands the father of the bridegroom, Isaak Karabadjakoglou, carrying away all the booty with the horses and being proud for their deeds. The following day he came back once more to the same village with his troops and surrounded it again.
Of the two weddings mentioned above, one bride had to go to Kavza. Here however nobody knew anything of the events which took place at Kiosroufi. Therefore, many people set off from there, with eight carriages and about 50 horses, to go and receive the bride. Thus, all of them, men and women, fell in the trap, and a pandemonium followed. Every single person was imprisoned in the stables. Crying and horror fell throughout the village, because Memdouh the murderer had ordered that the best-man, Basile Kiossoglon, and Cotso K. Antonoglou should be at once shot.
On March 22nd , in the village Mouxid (Kavza), Turks killed John Eleftheriou and Philippe Sava, both from Ttredjik.

A Celebration of Life

A Poem to honor my father and hero
Kyrillos/Kyriako, “Mr. Charlie” Eleftheriou
Kyriako Eleftheriou at age 35 to 40
It was 1919
In the Pontian mountains of Turkey
Home to half a million Greeks
Living with Turks and Armenians
As a child, life seemed good
My sister Mary was around 9 and I was maybe 6
We had a large farm and large home
With workers and servants
Life was grand… but then… then…
They came in the middle of the night
Soon to be victims of the Asia Minor Holocaust
In a blink of an eye, they changed our life
They hung my father
They shot my mother
Hundreds of thousands of Pontians were slaughtered
Just like that, my sister Mary and I just had each other
An elderly grandmother took-in Mary
For years I never knew if she was still alive
To an orphanage I went until 14 or so
Then released to the streets… in fear I cried
Did all the dirty work no one else wanted
Worked in a slaughter house and pushed an all-night street cart
Then at 18, I went in the merchant marines
A lonely existence, without heart
After 14 years at sea, we landed in the U.S.
In Mobil Alabama to re-supply
Where I jumped ship and headed to Baltimore
Can’t even remember why
Where would life’s journey take me?
How would I survive?
Then another Mary came into my life
I finally felt alive…I was alive!
We married in a short time
Followed by baby Anastasia
A steady well-paying job as a painter
Our Fells Point apartment for the three of us
It was the start of the American Dream
So wonderful… I felt so free
Then I was arrested for being illegal
And sentenced to 18 months at sea
Afterwards I was finally legal
Then 3 more children arrived
A good job, family and new middle-class home
It dawned on me that… I had survived… I survived!!!
From a holocaust that I thought destroyed my life
And forced me to live as a survivor
To a legal, middle-class American
I lived a wonderful life as a God-fearing husband and a father
… AMEN…
E
Use by permission only