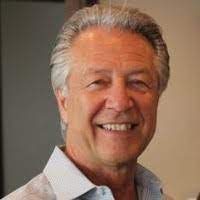 James Ascot immigrated to the United States from Greece when he was 9 years old. He grew up in the City of Chicago and attended public schools there, graduating from Lane Technical High School. He earned Bachelor of Science and Masters (in guidance counseling) degrees from Bradley University, Peoria, IL and holds a Doctor of Philosophy degree in Psychology from Columbia Pacific University, San Rafael, CA. He was on staff at Forest Hospital in Des Plaines as a therapist and served thereafter as its Director of Outpatient Placement Services. He later worked at Loretto Hospital in Chicago as a crisis intervention specialist in the emergency room. During this time, he studied for two years at the Himalayan Institute of Yoga, Psychology and Philosophy in Glenview.

His career interests thereafter changed and applied crisis intervention and management experience to real estate. In 1986 he established Ascot Realty Group, Inc., based in downtown Chicago, IL. His firm works primarily in commercial property development, sales, and leasing, including office, retail, restaurant and industrial space and holds a managing broker license in Illinois. He is a past President of the Chicago Association of REALTORS® and has served on numerous committees of the Illinois and National Associations of REALTORS®. Mr. Ascot has been awarded the Illinois Association of Realtors Presidential Award for outstanding service and a “Golden R” member of the Realtor Political Action Committee. He was named the Chicago Association of Realtors’ “Realtor of the Year” in 1999.

Mr. Ascot involvement in the community provided services to several organizations, has served as President of the Lane Tech High School Alumni Association, and Chairman of its Local School Council. In addition, he has served as a Director on the Chicagoland Chamber of Commerce Board of Directors, as a member of the Chamber’s Cook County Property Tax Task Force and as co-chairman of the Council’s Education Workforce Quality Committee. Mr. Ascot also served as Chairman of the Chicago Board of Education’s Promotional Task Force. He has served as President of the Jefferson Tower Condominium Association; he has served as Chairman of the State of Illinois Election Day Voter Registration Commission to study and make recommendations in the registration and vote on Election Day. Is an Athens Committee member of the Chicago Sister Cities International Program. Serves on the Executive Board of The Asia Minor and Pontos Hellenic Research Center.

Mr. Ascot was a candidate in the Democratic Party primary for the U.S. Congress from Illinois’ 7th Congressional District in 2006.