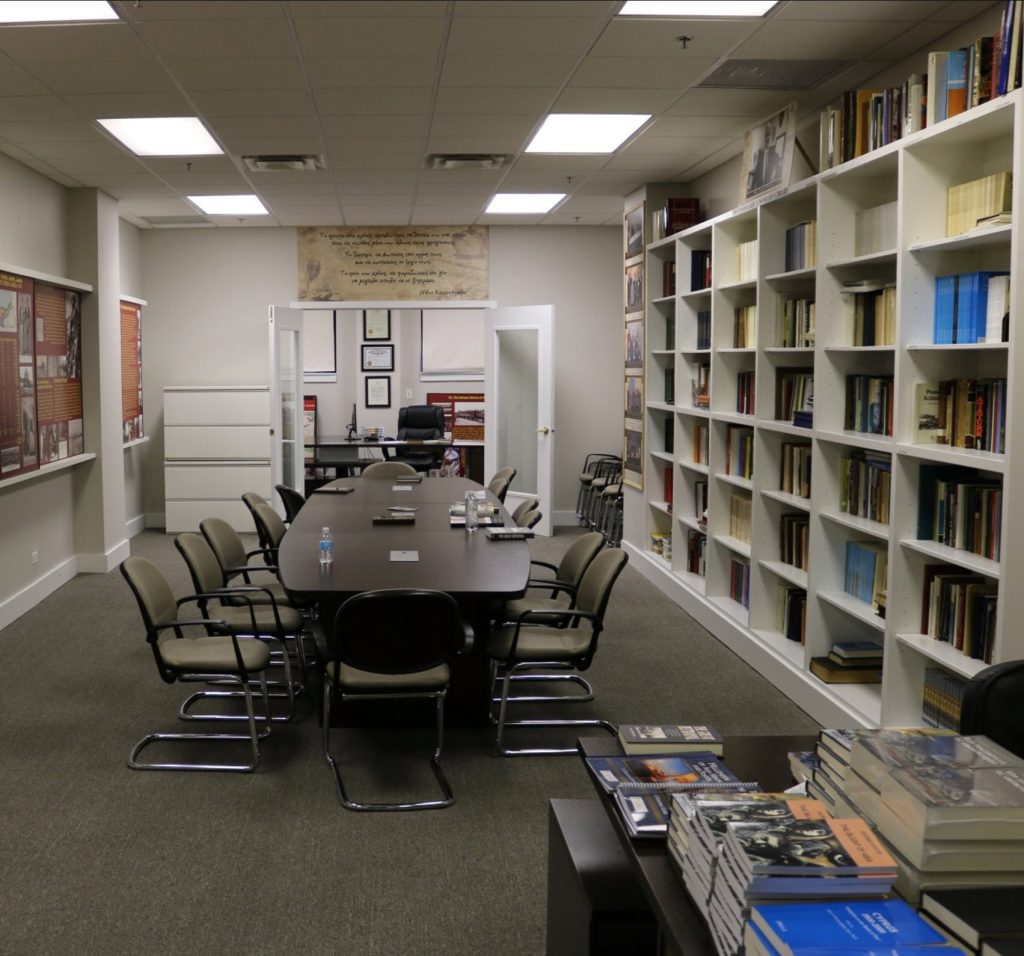 The Asia Minor and Pontos Hellenic Research Center (AMPHRC) is a historical society and a 501 (c) (3) non-profit organization founded in January 2011. Our goal as a research center—unique in its kind—is to document and disseminate information about the Greek communities of the later Ottoman empire, and study the expulsion of expulsion of the Greeks from  their ancestral homelands in Asia Minor (or Anatolia), Eastern Thrace, and Pontos.

We seek to create resources about the topic that can be made available to larger audiences in the English speaker world. Though our main focus is the study of the Ottoman Greeks, our perspective is broad, and we develop an interdisciplinary community of scholarship in collaboration with Armenian and Jewish scholars to gain better insight into the larger framework of the events of that time.

The Great Catastrophe of Hellenism after its 3000 years of continuous presence in Asia Minor, Eastern Thrace, and Pontos  presents  a narrative that is essential to the preservation of Greek history, and the dignity of the victims of the Ottoman genocide. At the same time The achievements of the  Eastern Greeks in philosophy, science, culture, and literature lie at the foundation of western civilization today. However, the destruction of Hellenic communities of the Ottoman empire  between 1913 and 1924 remains largely unknown, it must be therefore be thoroughly documented and understood.

Scholars of genocide today conclude that the intent and breadth of the Young Turk exterminatory campaign against all Christian minorities of the empire from 1913 to 1923 was indeed a genocide.    The International Association of Genocide Scholars acknowledges, in its 2007 resolution, the collective genocide of the three Christian communities of the late Ottoman Empire: Greeks, Armenians, Assyrians. There are many benefits to studying the genocidal experiences of Armenians, Greeks, and Assyrians together. The social and political environment of the Ottoman Empire influenced the development of the Christian minorities similarly, setting them apart from and subordinate to the ruling Muslim majority— thus leading to violence against them by the extreme nationalist Turkish regimes , both individually and collectively, on numerous occasions.

We can understand better the causes, methods, and impact of the extreme violence against each of these groups when we study them together within that broader context. Sadly, genocide in the Middle East has resurfaced recently on a large scale, and the lessons that can be drawn by studying the early Christian genocides will help us better understand and contextualize current events, and hopefully offer insights as to how to prevent current or future crimes against humanity.

The Center has collaborated with the Pan-Pontian Federation of the USA and Canada, Greek-American scholars from numerous universities, and historians from Greece. The leading Greek-American scholars have included the late Dr. H. J. Psomiades, Dr. K. Hatzidimitriou, Dr. T. Stavrou, Dr. R. Hovanissian, Dr. Paul Bartrop, Dr. H. Travis, Dr. S. Jacobs, Dr. V. Coufoudakis  and many others who over the years participated in the academic conferences organized by the Center.

In addition, the Center and its forerunner, The Pontian Greek Society of Chicago, have coordinated lectures and academic conferences in conjunction with the Zoryan Institute of Toronto, the Illinois Holocaust Museum and Educational Center, and the Armenian and Assyrian communities in Chicago.

Currently, there is a work for the 13 original research papers from this international conference that will be published as a book this year. The upcoming book is entitled Genocide in the Late Ottoman Empire and  Early Turkish Republic: Comparative Studies on the Armenians, Assyrians and Greeks, 1913-1923.

It will be published by Berghahn publishing co.

Scholarly work on the Armenian genocide (that occurred in the same period and territory) is well known due to the intense efforts of Armenian scholars and the Zoryan Institute. The destruction of Hellenism in Asia Minor, Thrace, and Pontos is largely unknown to historians outside Greece and historical literature is largely absent concerning the fate of Ottoman Greeks—though there is increasing awareness of the Greek facts withink the context of Ottoman genocides we mentioned earlier.

It is believed that by 1923 the pre-World War I Greek population of approximately 2 million Greeks living in Asia Minor was systematically reduced by the policy of “Turkey for the Turks.” The numbers are staggering, with 700,000 perishing and over 1.1 million being uprooted and deported during the forced population exchange between Greece and Turkey.

Over the last five years, considerable progress has been made in reprinting and publishing historical books that are no longer available, and original research books as shown below: