World War I and the Non-Turkish Minorities in the Ottoman Empire:
Armenians, Assyrians and Greeks

Hosted by the Middle East and Middle Eastern American Center (MEMEAC),The Graduate Center, CUNY, and co-sponsored with the The Asia Minor and Pontos Hellenic Research Center (AMPHRC) and the Zoryan Institute. The conference was supported by the Pan Pontian Federation of USA and Canada. 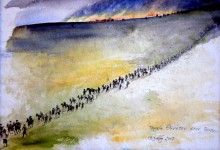 New York— The experiences of the Armenian, Assyrian and Greek minorities of the Ottoman Empire were discussed at the conference, “World War I and Beyond,” May 21-22, 2015 at The Graduate Center, City University of New York.  These experiences are today more relevant than ever because the world once again witnesses ethnic cleansing and genocide in the Middle East. 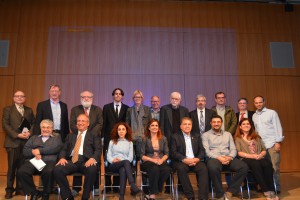 Now, as during the period 1914-1923, the Christians are subjected to the pressures of an Islamic State—the Ottoman Empire then, ISIS today. Even though at one time the Christians made up 65% of the population of the Ottoman Empire, they were second-class citizens, and were subjected to systemic violence in many ways. By 1914, Greeks represented 20% of the population and were a vulnerable minority. The Young Turk government viewed the Christian citizens (Greeks, Armenians, Assyrians) not only as inferior subjects of the Empire, but also as agents for foreign powers. Those who would not convert to Islam were deported and killed. Similarly, ISIS seeks to convert not only Christians, but also Yezidis and Shia to Sunni Islam, and has committed mass murder of those who do not convert. Kidnapping, rape, and terror are common in both cases and on a massive scale.

In an effort to fully understand the forces and factors responsible for the early genocides of the 20th century, the Asia Minor and Pontos Hellenic Research Center, together with the Zoryan Institute and the Middle East and Middle Eastern American Center at the City University of New York (CUNY), organized this conference. It sought to address the experiences of the Armenians, Assyrians and Greeks in a joint narrative that will be able to give us a comprehensive picture of what the objectives and strategies were of the early Ottoman campaigns. In this event, scholars from Armenia, Australia, Canada, Greece, Norway, Sweden, and the US were brought together to explore various aspects of the shared experiences of the Christian minorities, in what has traditionally been treated as three separate cases.

A comparative approach allows historians and communities to address and appreciate the historical events within a more global perspective. During such presentations as “A Zone of Extreme Violence – the Intertwining of the Armenian and Assyrian Genocides,” “The Kemalist Movement and the Christians of Pontos, in 1919-1923, from an International Politics’ Perspective,” and “The State and Fate of Jews in the Ottoman Empire during World War I,” it became evident multiple times that what was happening to one group was indeed happening to the others, sometimes in the same places and at the same time. 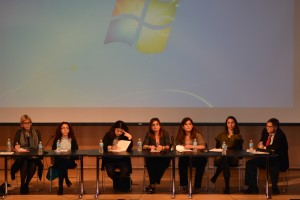 It becomes now clear that the Greeks had been targeted even earlier than Armenians, in 1913 and 1914, with an economic boycott, violent persecution and deportations. Felix Sartiaux, a member of a French archaeological delegation witnesses the destruction of the Greek coastal city Phocaea, and the pogrom against its population—an event that took place within one day on June 30, 1914. Due to German pressure, the Young Turk regime temporarily suspended the deportation of the Greeks, but in the meantime, once the deportation and killing of the Armenians was in full operation in 1915, it was often said that the Greeks would be next, and indeed they were with renewed fierceness.

Another recurrent theme at the conference was the role of women during the genocides. The experiences of Armenian and Assyrian women victims, as well as American and Norwegian missionaries and relief workers, received close attention by several scholars. The issue of denial was also addressed and discussed from unusual perspectives in “State Denial, Music and Memory in Contemporary Trebizond” and “Mass Media and Denial.” The aftermath of genocide was described in these papers, as well as in “National Security Justifications for Genocidal Acts: From the Ottoman Empire to Iraq, Bosnia, Rwanda, and Darfur.” 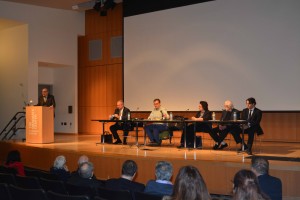 The International Association of Genocide Scholars acknowledges, in its 2007 resolution, the collective genocide of the three Christian communities of the late Ottoman Empire, introducing the term “Ottoman Genocides” in its 2007 resolution. Turkey, to this day, denies that the genocides against the Armenians, the Greeks, and the Assyrians ever happened.

The Asia Minor and Pontos Hellenic Research Center and The Pan-Pontian Federation of U.S.A-Canada is committed to the study of these facts, and to honoring the lives lost and their memory. To this end, the Center has produced a number of publications, and organizes academic conferences and presentations for academic and wider audiences. The Center is also planning the production of a documentary to bring to light specifically the historical events of the Greek genocide, which are largely unknown to the American public.