Exiles and extermination in Nikopolis

“With the outbreak of the war in 1914, the Turkish government, who chose the same side as the Germans, and under their influence, began to materialize the satanic plan for the extermination of the Greek population and the destruction of the Greek civilization.

“The German Von Liman Pasha, who was the commander in chief of the Turkish Army, prompted the Turkish authorities to execute the general plan of the German militaristic policy, which aimed at the release of the Turkish nation from all foreign elements. The Turkish government attempted this plan very willingly and started its execution immediately. 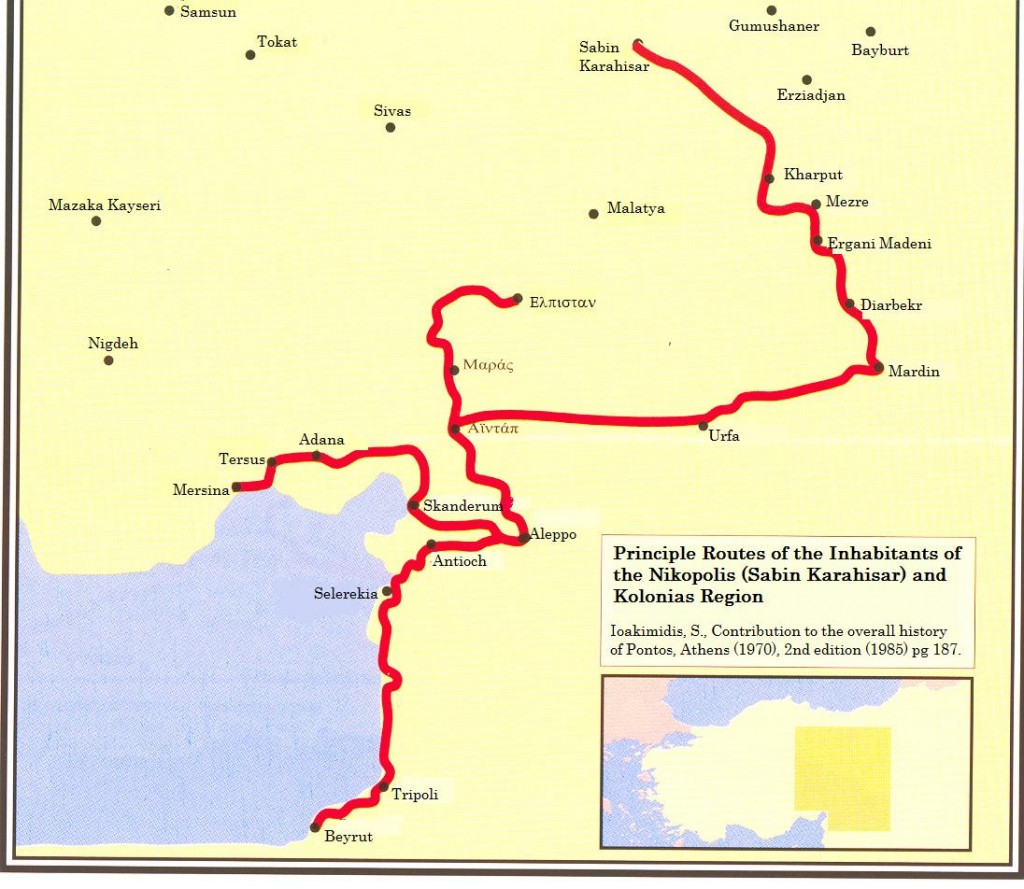 “Therefore, when the Russian troops were only 45 kilometers away from Nikopolis, and the inhabitants were expecting their freedom, the displacements began on November 3, 1916. After 8 months, on July 12, 1917, the second series of exiles started and extended to other villages.

“The spectacle of the exiles, who were moving like shadows, was horrible, All men, women, young men, young women, and children were loaded with anything they could carry of clothing and food. Women carried infants in their arms, with very few pack animals carrying the most important belongings.

“The exiles first gathered at the meeting places in their villages. After the inspection of the lists, the exiles, started with the policemen. Endless walking to the unknown.

“On the road, the bad treatment, the mishaps, the overnight stopovers and sleeping on the ground, the cold, infectious deseases, the abandonment of loved ones in deserted and unknown places, were so many they could have made a movie to depict such a tragedy, like the Exodus of the Jews.

“Under these terrible conditions, the people of the regions of Alutzaras, Baltsana and Truptsi arrived at Tokat on December 3, 1916, after 30 days of walking. And the people of the villages of Hahavla, Ispahi Mahlesi, Alisar, Feileres, Esolas, and Galatzuh arrived at the village of Tsagiri on October 10, 1917, after a 90 day march. This was their last stop. Finally, the people of the communities of Refagias, Guzulu, Alatza Han and Kondylion arrived in the town of Azizie on September 4, 1917, after a walk of 52 days. They dispersed into different towns and villages of the counties Harput, Konya (Iconium) and Sivas (Sebasteia).

Copied from the book The Greek Pontians of the Black Sea by the late Constantine Hionides, M. D.