The Age of Catastrophe and the Destruction of Coexistence: Expulsions, Deportations, and Genocides, 1912-1924 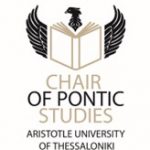 The Chair of Pontic Studies, School of History and Archaeology, Aristotle University of Thessaloniki

The period of the collapse of the Ottoman Empire and the establishment of its various successor states was one marked by expulsions, ethnic cleansings, massacres and genocides. For the Empire as a whole, it was a period of immense suffering and destruction.

This destruction was mostly experienced between 1912 and 1924. The Balkan Wars produced a great deal of death and destruction for the Muslims, Christians Jews and others who had lived there for centuries. The First World War added disease, hunger, and general impoverishment to this list of miseries suffered by all of the Empire’s inhabitants, regardless of religion or ethnicity.

In addition to the devastations of the war, the Armenians, Greeks and Assyrians were also subjected to forced deportation, ethnic cleansing, and genocide, and their presence in Asia Minor was reduced to a small remnant of their former population.

While the First World War ended in Europe in 1918 on Ottoman soil, it lasted until 1924. During this period new disasters befell the population, reaching their apex with the Koçgiri massacre of Alevi Kurds, the genocide of the Pontic Greeks, and the burning of Smyrna. The decade-plus of conflict was capped with the 1924 population exchange, effectively completing the demographic transformation of Asia Minor that begun in 1912.

The aim of this conference is to view the 1912-1924 period through a new lens on the occasion of the centennial of the Smyrna fire and the near total elimination of the Greeks from Asia Minor. The participants will explore and compare various perspectives on how various ethno-religious communities of Asia Minor experienced this process, their intercommunal relations, and the end of a lengthy period of coexistence and the practices associated with it. The expulsions, population transfers, massacres and genocides rent the social, political, and cultural fabric of Ottoman society and have been the subject of numerous works.

This conference will, in addition to reviewing the state of the field today, offer a variety of new studies and perspectives. While working to cast new eyes on the destruction of the past, the conference ultimately aims to build a new conversation regarding the future.  The past is not simply history, it is also a potential prologue to a better future. For such a future it is critical that we first engage in new conversations about the past.

Those wishing to submit papers at the conference are asked to provide a brief bio, along with a brief (one page maximum) summary of their paper and send it to the following address until 31 August: conference_ggth@minedu.gov.gr