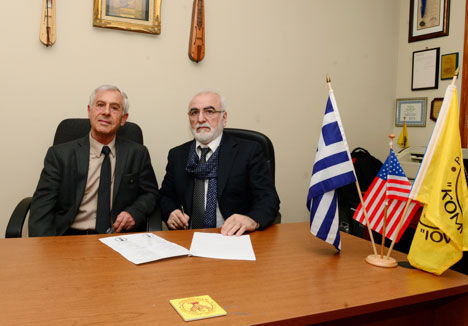 The latest publication with new perspectives utilizing new archival sources with the generous support of The Ivan Savvidis Foundation.

The deportation, mass killing, and ultimate expulsion of citizens of the Ottoman Empire of Greek ethnicity during the waning years of that empire and its transition to the Turkish Republic are well documented, but perhaps not widely known. The numerous archival sources and secondary works cited in these carefully researched studies are a rich source of evidence and testimony, many not available in the English language. This collected research by a group of scholars, young and old, of different countries and different ethnicities, strives to delve more profoundly into this history, to explore new aspects of it, to broaden our knowledge of what happened, and to deepen our understanding of its significance. As the title states, this book seeks to provide new perspectives on the Genocide of the Greeks in the Ottoman Empire. 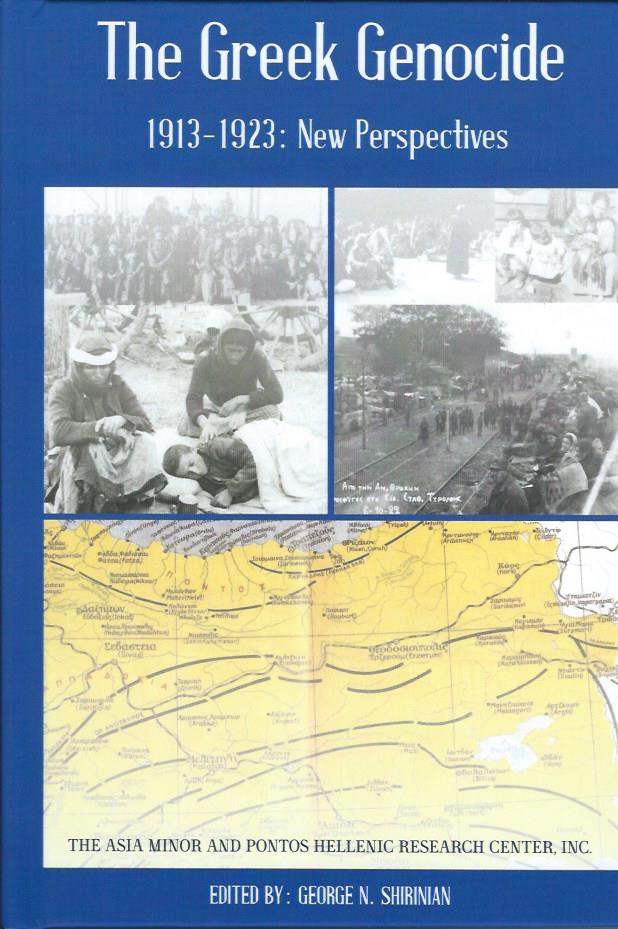 This book is the most recent effort in a series of activities by the Asia Minor and Pontos Hellenic Research Center, Inc. (AMPHRC), a nonprofit organization whose mission is to research and document the history of the Greeks in Asia Minor, Pontos, Eastern Thrace, and their Diaspora. The book’s title, The Greek Genocide, 1913–1923: New Perspectives, describes its aim and its contents. As the AMPHRC has already published several books of original research related to the Greek Genocide, the intention was that this new publication should say something new.

One aspect of new perspectives in this book is the utilization of new archival sources. Five of the eight studies in this book are based on heretofore little used or unused archival material: Turkish, Vatican, Great Britain, and America; a sixth draws on not only British, but also League of Nations archives, as well as Greek newspapers. A second new perspective is the delving into new facets of the experiences of Greek and Armenian victims of genocide and utilizing a comparative approach to do so. A third aspect is assembling the perspectives of young scholars, and a fourth is assembling the perspectives of scholars from different countries and of different ethnic backgrounds. 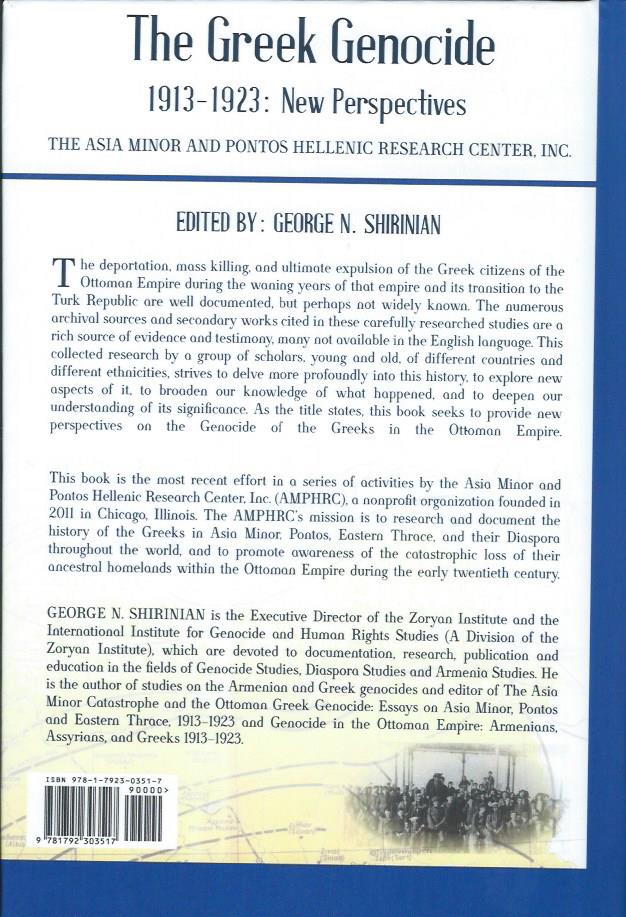 In that regard, special recognition must be given to the Ivan Savvidis Foundation, which is dedicated to supporting Orthodox communities with the reconstruction and building of churches, supporting educational institutions, and contributing to the development of Hellenism around the world. The Ivan Savvidis Foundation provided generous support with scholarships for the research, editing, and publication of the material in this book. With the Savvidis Foundation’s support, it was possible to encourage young scholars and senior scholars new to this field, to conduct research on this important subject.

The volume includes eight specialized studies which cover unknown or understudied aspects of the Greek Genocide. The volume is divided into three parts. The first includes four studies based on unpublished archival material, the second includes two studies that investigate the reaction of Western powers to the Genocide, and the third includes two chapters dealing with psychological responses of the victims.

George N. Shirinian is the Executive Director of the Zoryan Institute, which is devoted to documentation, research, publication and education in the fields of Genocide Studies, Diaspora Studies and Armenia Studies. He is the author of articles on the Armenian and Greek genocides and editor of The Asia Minor Catastrophe and the Ottoman Greek Genocide: Essays on Asia Minor, Pontos and Eastern Thrace, 1913-1923 and Genocide in the Ottoman Empire: Armenians, Assyrians, and Greeks 1913-1923.

THE GENOCIDE AND ITS DOCUMENTARY SOURCES

Mapping Out the Turkish Documents on the Unweaving of Greeks from the Black Sea (The Pontic Genocide, 1919–1923) 7

The Roman Catholic Accounts Testifying to the Pontic Greek Genocide 29

The Deportation of Greek Prisoners of War and Interned Civilians, 1922–29: An Untold Story 103

WESTERN RESPONSES TO THE GENOCIDE

British Perspectives on Turkish Atrocities in the Former Ottoman Empire, 1919–1922: The Great Catastrophe 161

PSYCHOLOGICAL RESPONSE TO THE GENOCIDE BY THE VICTIMS

Denying the Possibility of Annihilation during Genocide: A Case Study of the Armenians and Greeks, 1915–1922 253