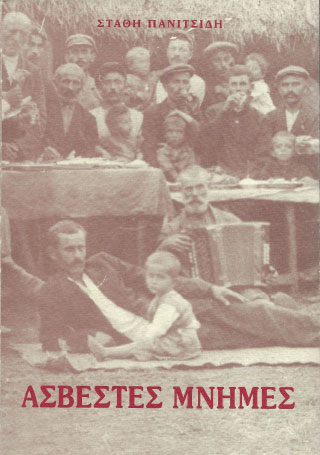 The Exodus project, by the Asia Minor and Pontos Hellenic Research Center (AMPHRC), is the translation, from Greek to English, of survivor testimonials from the Great Catastrophe.

Originally published in Greek by the Center for Asia Minor Studies in Athens in 1980, Volumes A and B are In 1927, when Stathis Panitsidis was born in the Krasnodar region of the Soviet Union, Joseph Stalin was consolidating his power. The leader of the Russian revolution, Vladimir Lenin, died just three years earlier. By the time Stalin emerged as Lenin’s sole successor and initiated his First Five Year Plan of rapid industrialization and collectivization, Stathis Panitsidis was just a toddler. He left the Soviet Union as a 12-year-old boy in 1939, after having witnessed his family and his community fall victim to two brutal waves of Stalinist repression. In the early 1930s, the expropriation and deportation of millions of so-called rich peasants or kulaks condemned those who were successful merchants and farmers, while the Great Terror of 1936-1938 resulted in the execution of over three quarters of a million people. In both waves of repression, millions were condemned to forced labor in Stalin’s Gulag.