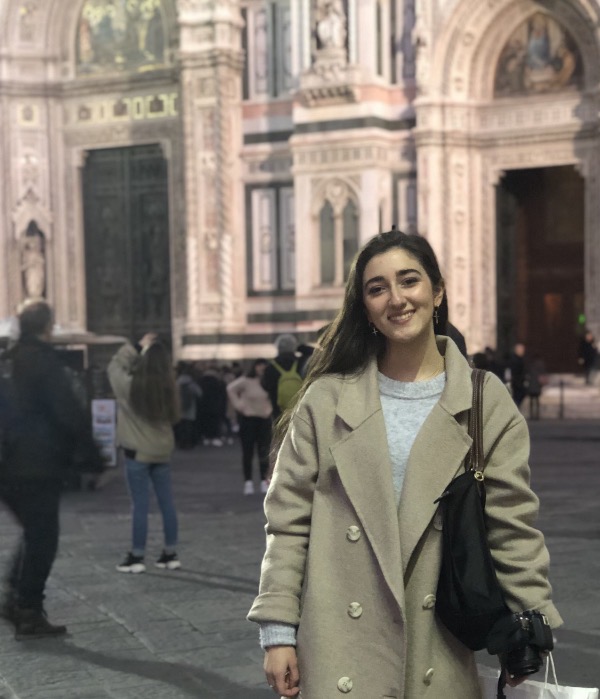 Posted at 18:58h in Uncategorized by wp_admin 26 Comments
0 Likes 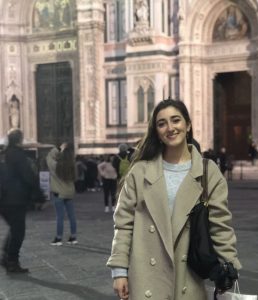 On a busy Wednesday morning, in a café bursting at the seams, Litsa Athanasiadis shouts me a coﬀee. We haven’tmet before, but I’ve asked her here to share a story with me.It’s a story that began thousands of years ago, on the otherside of the world. Somehow, it has found its way here, toMelbourne. It’s not an easy story to tell. So we start withcoﬀee, and the words follow.

“My forefathers from my mum’s side of the family wereTrapezoundian… After the catastrophe, they fled to Russia,”Litsa begins.

Between 1913 and 1923, the Greek population in AsiaMinor suﬀered a genocide that is keenly remembered by itsdescendants. During that time, the Turkish nationalistmovement’s hostility towards minorities in Asia Minorbecame systematic. Records from the Asia Minor andPontos Hellenic Research Centre (AMPHRC) confirm theobjective was to cleanse the newly established Turkishstate of Armenians, Assyrians and Greeks – Christianminorities. It began with the internment of Pontian men intolabour battalions and culminated in a fully-fledged campaignto eradicate the Pontian community.

Villages were razed and set alight. Women and childrenwere rounded up alongside the remaining men, and forcedto march into the Turkish interior. They walked for monthson end, slowly starving. Their experiences are contested,but memoirs like Thea Halo’s Not Even My Name are apowerful record of victims’ memories of the death marches.Hundreds of thousands perished this way. Many of thosewho survived were separated from their families, scatteredaround the world.

Litsa’s Yiayia(grandmother), Eirini, ended up in Novorossiysk, Russia. Eirini mourned the loss of Lemona, her littlesister, who had been separated from the rest of the familywhen they fled Pontus by boat. She was believed to havebeen thrown overboard and left to drown.

In Russia, Eirini married and gave birth to five children. Butin the Soviet Union, non-conformists were eliminated. Eirinifled once more when her husband, Litsa’s Papou orgrandfather, was captured.

“They took Papou because he didn’t convert tocommunism… they took him to Siberia, never to be seenagain. She picked up on her own with her five children, andleft.”

Eirini landed in Agios Dimitrios, a town in Northern Greece.She brought up her children, and then grandchildren.

“He said to Yiayia Eirini, ‘You have a sister, and she lives inthis village.’ And my Yiayia said, ‘I don’t have a sister. TheTurks threw her in the water.’ ”

The man insisted Lemona was alive.

“Months later, this woman was walking towards Yiayia’shouse, and Yiayia looked at her, and thought, ‘Oh my God,she looks like me.’ ”

For two decades, Eirini had believed that her sister hadperished. But Lemona was alive, just 33 kilometers away.They reunited, but nothing would make up for so manyyears lost.

“She died two years later. So they really didn’t even get tohave time together.” Tears fall from Litsa’s eyes. We sip ourcoﬀee. The commotion of the café continues around us.

Eirini’s story reads like a fable, with a mysterious blind manbringing news of a miracle. But the realization of what couldhave been was only an aftershock. It was the collateraldamage of what is now known among Pontians as the AsiaMinor Catastrophe.

The 1923 mandatory population exchange was theCatastrophe’s nadir, the result of negotiations betweenGreek and Turkish governments. Muslims in Greece weretold to pack up their belongings. They travelled east, toTurkey. The atrocities in Asia Minor continued. Pontianswho survived fled, until none remained.

Before the Catastrophe, the Pontic Greek community livedin peace in Asia Minor. By 1923, 353 000 had been killed, and over a million were displaced. They never returnedhome.

George Mavropoulos is the President and Founder of theAsia Minor and Pontos Hellenic Research Centre inChicago. At 82 years old, he has a lifetime of knowledge onthe genocide, having grown up in its aftermath.

On a grey morning in Melbourne, I set an early alarm to meet George over Skype. It’s late afternoon in Chicago, andI can see sunlight pouring through the window as Georgeshares his story.